Recovery of investment into global real estate is expected to be sharper and faster following the COVID-19 crisis than the period after the Global Financial Crisis (GFC) according to real estate advisor, Colliers International.

The firm notes that although a global recession is to be expected there are glimmers of hope with the latest China Manufacturing PMI data showing stabilisation in March following a fall to record low levels in February. Oxford Economics data shows that following a contraction in global GDP by 1.8 per cent quarter on quarter in Q1 and a further 0.3 per decline predicted in Q2, there should be of around 1.5 per cent and 1.8 per cent in the third and fourth quarters respectively.

Tony Horrell, chief executive of Colliers International UK and Ireland, commented: “This level of shock to the global markets is unprecedented and we are seeing an indiscriminate effect across the world, including in economies that were relatively untouched during the GFC such as China and Australia. The fall in global GDP runs alongside other factors including the restrictions on global travel for both trade and tourism, a fall in oil prices and volatility in the stock markets. The good news is that the bounce back we expect of each of these is relatively short and recovery is set to be sharp.”

Colliers notes that global annual investment volumes into commercial property have generally been on an upward trajectory since the GFC. In 2018 a record breaking $1.8 trillion was invested, and in 2019 $1.7 trillion. This year has seen a hit to volumes, with preliminary data for March indicating a decline of around 70 per cent year on year in global activity to stand at $48 billion, down from $144 billion in March 2019. The Q1 figure of $250 billion is the weakest since Q2 2012.

There has been some positivity in individual markets in the first quarter. Activity in the US reached $113 billion, little-changed from the $116 billion transacted a year ago, while the UK recorded a 9 per cent increase from $16.9 billion to $18.4 billion over the same period significantly boosted by the sale of the iQ student portfolio for $6 billion. Q1 activity was particularly strong in Germany (+35 per cent year on year), Italy (+43 per cent year on year) and Spain (+46 per cent year on year).

The Colliers econometric model suggests that Q2 global investment volumes will be at a level similar to the weak Q1 figures. Although activity has returned in China, many parts of the world are in lockdown and business activity will therefore remain subdued in the coming weeks. However, the model predicts a considerable pick-up in Q3 and Q4, with global volumes returning to levels seen before the outbreak of COVID-19.

Oliver Kolodseike, Associate Director in the Research Team at Colliers International, commented: “It is impossible to predict the short-term trajectory of commercial property transaction volumes due to the fast moving nature of the COVID-19 crisis, but I do think there are a couple of reasons to be cautiously optimistic. Governments and central banks have reacted much quicker, and on a larger scale, than they did during the GFC and the global weight of capital is much larger than a decade ago; investors will want to diversify their portfolios. Our model predicts there will be considerable pick-up in the second half of the year following a short recession, however this is based on current forecasts of a strong economic recovery in H2 and is worth noting it should be viewed with some caution.” 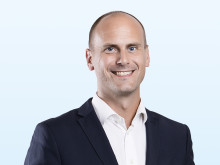